What do you think about euthanasia? Should it be one of the options for terminally-ill patients?

This topic is the next one we debate in my class. I personally think it should be the option because it is better for short but healthy life rather than long but unhealthy life. Also, the cost of medical care is not so cheap so some think it is a waste of money. What do you think about it?

If the patient decides to be euthanized then I see no problem with it. Ideologies differ but if a patient refuses treatment and goes for medically assisted suicide to cut costs and bypass having to go through a painful and drawn out life then I'm all for it. There have being patients who have asked to not be resuscitated, would you call that murder? Or refused blood transfusion, is that also murder on the part of the medical personnel? Let people choose for themselves if they are sane and sound in mind

Euthanasia and assisted suicide are never acceptable acts of mercy. They always gravely exploit the suffering and desperate, extinguishing life in the name of the “quality of life” itself.

Euthanasia is a grave violation of the law of God, since it is the deliberate and morally unacceptable killing of a human person.

Reasons behind Catholic’s Beliefs on Euthanasia

Catholics believe that euthanasia is wrong for some many reasons

I think those who have a terminal illness and are in great pain should have the right to choose to end their own life, and those that help them should be free from persecution.

Never do anything against conscience even if the State demands it.

“If you can’t talk to patient, you don’t know what the patient wants.”

The killing of a disabled person is not ‘compassionate’. It’s not ‘euthanasia’. It is murder

At the time of euthanasia ventilator was stopped, but her soul cried, “let me breathe…”

“I lived my whole life following others’ wishes. Let me follow my own wish in my death.” Shon Mehta,

“It is a tragedy to see the medical profession move from suicide prevention to suicide facilitation. The right-to-die movement presents euthanasia as compassionate. But disparaging human life as expendable is not compassionate. The term 'compassion' literally means 'to suffer with' (com=with, passion=suffer). True compassion means being willing to suffer on behalf of others, loving them enough to bear the burden of caring for them.  Nancy Pearcey

” Euthanasia is a long, smooth sounding word, and it conceals its danger as long, smooth words do, but the danger is there, nevertheless.”

“Euthanasia … is simply to be able to die with dignity at a moment when life is devoid of it.”  Marya Mannes.

I wouldn't want or support anyone taking my life even if I'm facing an imminent and inevitable death. Let me die when I want to and not when you want me to.

Well said. And as @Mathews said, we should leave the decision to the creator. That is why the saying goes "God's timing is the best".

Well, this is neither here nor there kind of question. On one hand, we have seen many stories of terminally ill people miraculously getting well.

Belgium and the Netherlands are among the few countries that have legalized this. But they still have issues with the implementation.

I would recommend just letting nature take its course. Assisted suicide doesn't sound right. It may be painful to see a loved one suffer, but the guilt conscious of having participated in killing him/her will haunt you forever.

There have been some cases of miss-diagnosis, what if you assist someone to die, and later on, during the postmortem, you learn that s/he had a 50-50 chance?

I am grateful to live in Canada where health care is pretty much free. I am against this assisted suicide thing. That's another form of murder but that's just my opinion. Like Bomb has mentioned that the best way is to just let nature take its course. Who knows, they could fully recover. There are those miracle stories of people making a full recovery when they were pretty much dead. Why take that risk away? 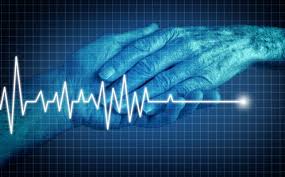 “The right to die should be a matter of personal choice.

We are able to choose all kinds of things in life from who we marry to what kind of work we do and I think when one comes to the end of one’s life, whether you have a terminal illness or whether you’re elderly, you should have a choice about what happens to you…

I’m pro life – I want to live as long as I possibly can, but l also believe the law should be changed to let anyone with some severe medical condition which is causing unbearable symptoms to have an assisted suicide. I wouldn’t want to be unnecessarily kept alive against my own will.”

I think that the final decision on when to live and die isn't up to us, but to God's. Mercy -killing as sweet as it sounds, is not Mercy at all but Murder.

I think euthanasia is fine as long as the person is in horrible pain, close to death, has no chance of surviving, and a few other serious reasons. But, I don't think we should allow people to do it whenever they want to though. The point of euthanasia, is taking that suffering away before the inevitability of death. I think if I was dying, and my body was in pain, I would probably request it myself, as who wants their last bit of life is being in severe pain in a doctor's bed? As long as I get to see my family before, I think I would. But that's only if I'm for sure not going to make it. Let people choose if they're close to it anyway.

Now, if it's in regards to suicide because of depression or other reasons, I don't think it should be allowed. I know, if I committed suicide, it would destroy my family. And even having a doctor help in that process, won't change your families feelings towards the situation. If you're feeling suicidal, or want to die, please get help, talk to someone, anyone. Euthanasia should only be done if the person is going to die and or is in serious pain.

I know this is done for pets, particularly cats and dogs, but I don't even feel okay doing that to them. I had a cat a few years ago who was not doing great. He wasn't in pain or anything, just didn't want to eat anymore. I could have taken him in to put him down but I couldn't bring myself to do that to him. I wanted him to go on his own. So I made him as comfortable as possible and kept him clean (he couldn't use his back legs so had to pee where he was laying) and just let him be on my bed. When he started to get a bit worse, he tried moving off the bed so I would stay up all night with him and kept garbage bags all over the bed in case he has an accident. He ended up going on his own and while it broke my heart in the moment, I don't think I could have felt better forcing it on him.

With that being said, I can't bring myself to be okay with it for an animal so I most certainly couldn't for a human. We all suffer in life, in different aspects but I believe that in circumstances where the person is in a very bad way or wants life to be over for them, they should just be given what can be given to be as comfortable as possible until their time comes.