What are the most terrifying displays of intelligence by animals?

A lioness made a big kill but got remorseful. After realizing the antelope she had killed was pregnant, the lioness removed the unborn calf and tried to shake it back to life. 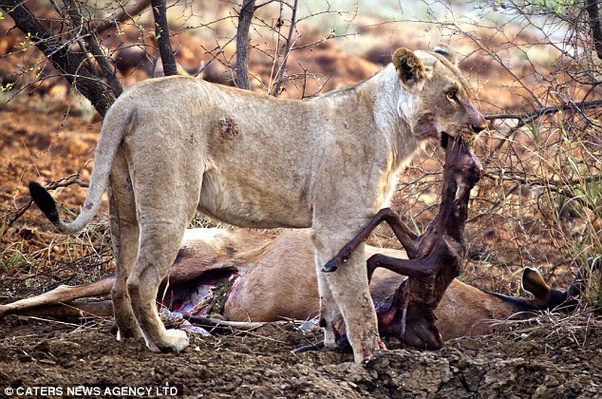 Her behavior was unlikely for a lioness who made a huge kill and it seemed she was clearly disturbed by what she had done and kept on looking around as if to look for a way to bring back her kill to life. 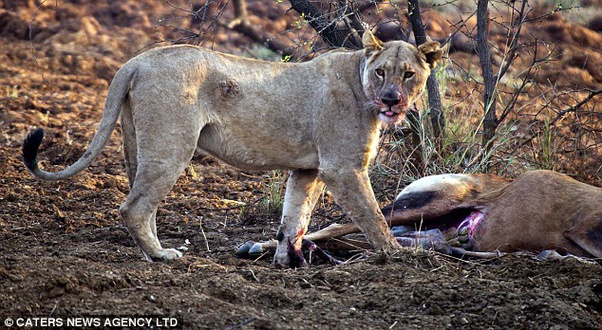 She made attempts to feed on her catch but suddenly stopped. She appeared to have lost her appetite. Overcome with grief she lay by the side of the dead antelope.

It takes intelligence to be remorseful.

Despite its immense length of up to almost 9 feet and earlier popular beliefs, Arthropleura was not a predator but an herbivorous arthropod feeding on rotting forest plants.

There was this story of a tiger who held grudges against people and actually targeted them. I guess a man who had shot and not killed the tiger was hunted down by the tiger for a few years and he finally caught him and killed him. I will have to find the entire story, it is really interesting and scary! 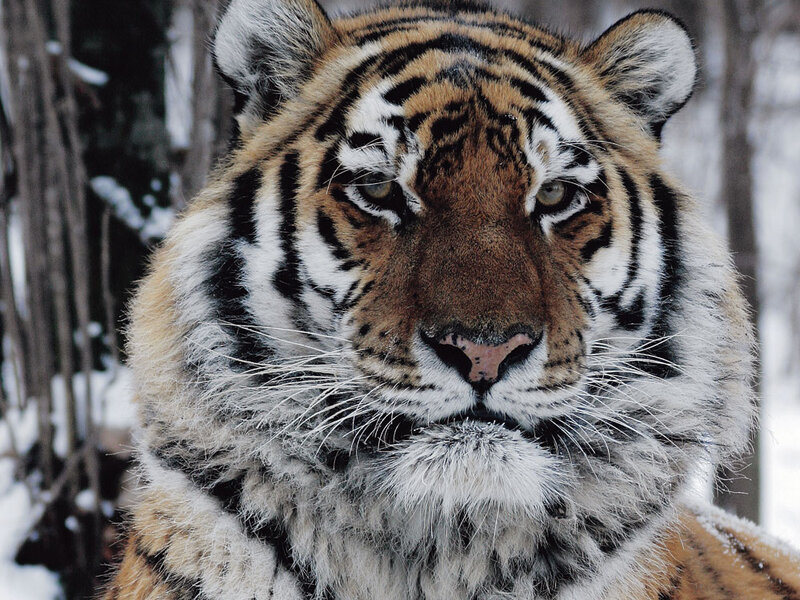 At the center of the story is Vladimir Markov, a poacher who met a grisly end in the winter of 1997 after he shot and wounded a tiger, and then stole part of the tiger's kill. The injured tiger hunted Markov down in a way that appears to be chillingly premeditated. The tiger staked out Markov's cabin, systematically destroyed anything that had Markov's scent on it, and then waited by the front door for Markov to come home.  "The tiger was able to hold this idea over a period of time." The animal waited for 12 to 48 hours before attacking. When Markov finally appeared, the tiger killed him, dragged him into the bush and ate him. "The eating may have been secondary," Vaillant explains. "I think he killed him because he had a bone to pick."

This is a very touching and emotional story. I am not sure that is what was going on in the lioness' mind, since they dont have the conscience like that of a human being. But still, this is a really deep scene. I haven't personally come across such.

Thanks for sharing. If true, that would be quite the story. I know Lions have emotions and are very protective of their babies. But I don't know if they would fuss over a pregnant animal they just took out. But then again, I could be wrong. Because I've seen many animals connect and be comfortable around one another. So it is in the realm of possibility.